Hanwag – Ready for the trail ahead
Newly created posts in Marketing and Service, new Country Manager for Germany

The Bavarian bootmaker Hanwag has achieved very positive turnover performance and is creating new posts to be ready for the future trail ahead. Heading up the marketing department in the new position of Marketing Director International, Hanwag has appointed Christian Wittig, who is no stranger to the brand. The traditional shoemaker from Vierkirchen has also created a new post of Head of Service and engaged 32-old Florian Kern. In addition, Albrecht Volz has now been designated as new Country Manager Germany.

Christian Wittig worked from 2013 to 2016 as Communication Manager at Hanwag and went on to serve the Fenix group. In 2016, he moved to the company headquarters in Sweden where he successfully completed the Fenix Outdoor Management Trainee Programme. Subsequently, Christian worked within the group servicing all its brands as Head of Sales and Export Fjällräven International. He is now returning to Hanwag as Marketing Director International. “Coming back to Hanwag is a bit like coming home. Due to my passion for alpinism, Hanwag has always been ‘my’ brand in the Fenix group,” says the 30-year-old. “We are steering Hanwag into extremely exciting and interesting times. The brand celebrates its 100-year anniversary in two years and preparations are already under way.”

Given the brand’s recent positive performance, Hanwag’s Managing Director Thomas Gröger is working to strengthen the service department in Vierkirchen. By appointing the fullyqualified retail industry specialist, Florian Kern, Thomas Gröger has designated a fitting internal candidate as the new Head of Service. The 32-year old has worked for Hanwag in internal sales since 2014 and knows the brand, its procedures, its markets and its customers. “Once again, we are showing our clear commitment to customer orientation. This has been an important factor for our success in the past and this will continue to be the case in the future,” says Thomas Gröger, commenting on the significance of the newly created posts.

At national level, long-standing and experienced Hanwag expert Albrecht Volz is stepping up to the post of Country Manager. After initially working as a sales representative, and then assuming responsibility for the entire distribution across Germany at the end of 2017, the 35-year-old has now been appointed to oversee all Hanwag operations in Germany with effect from January 2019. 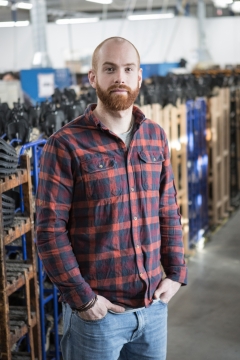 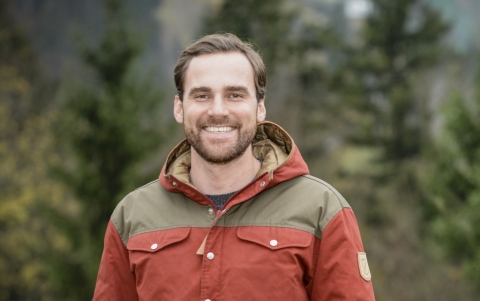 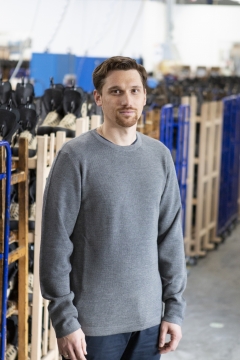